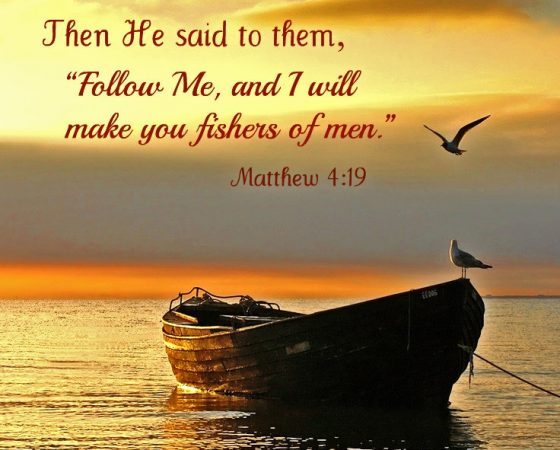 Jesus told His disciples to follow Him and He will make them fisher of men. He pretty much says that He wants them to go out there and “catch” people. In Jesus time, there was a temple of God where people came and worship God and gave their offering. The most interesting is, Jesus did not stay there all the time. He went out to all the surrounding villages and spread the gospels, did His miracles and teaching and touch people’s lives face to face and made them believers. He sent His disciples out to surrounding village as well to spread the gospel so they may be saved.

Believers nowadays and many churches are just like fishermen that get on their boats but the boats are tied up to the docks. They go to church, do their things and go home and live their everyday life as if it has no connection to the mission of the gospel that is to make disciples of all nations. Many fall into the trap of using modern technology which is not bad but it is not enough. You can’t feel the presence of God in TV unless God Himself decided to touch your lives.

Where is the compassion of touching people? Where is the interpersonal relationship through face to face communication where people can see the sincerity? Where is the anointing through the laying of the hands that we cannot do through glass door of television? Jesus from the beginning called out His disciples and sent them on their way to save people. If He wants to do it through television or internet, He would have been born on this day and age, but He did not. Personal relationship and personal touch is very important to God as is our relationship with Him. God lives inside of us, it doesn’t get any more personal than that. So, let’s go out there be a fisherman and catch some men.

Daily prayer
Jesus, as You called Your disciples to be fisher of men, You want us to go out there and save others through personal touch and relationship. We are Your disciples not just in a word sense but we want to be Your true disciples and follow You and Your commandment. As You have set an example before us, anoint us with Your Holy Spirit to be able to do what You want us to do. In the name of Jesus I pray. Amen.